I’ve been lying to myself and everyone else for a really long time. In high school, I “fell in love” with Nicholas Sparks books and I credited him and his books for my love of reading and writing. Oh, I was a liar.

Ray passed away in 2012, and four years later, I’ve realized everything I wish I could have said to him. He would’ve responded to me too because Ray believed that every fan letter was a love letter and love letters should never go unanswered.

The truth, I’ve realized, is that Ray has been with me for eight years now, but I haven’t appreciated him or continued to scour all of the words he left for us here in the world. I read Fahrenheit 451 for the first time when I was 12 or 13 years old, and I don’t know if I quite understood it, but I loved it and I knew it had changed me.

Books – writing – that’s how we live forever. That’s how we learn from the past and communicate with the future. Ray Bradbury knew that, and he lived it, and even though he’s gone know, he isn’t forgotten. That’s all he ever wanted, and he achieved it.

I’ve told a handful of people that I hate writing now. My creative writing classes are extremely hard (my professor gave us some blunt unsolicited advice this past semester: writing a novel is f*cking hard), and I don’t have the passion to dedicate time out of every day to write anymore. And isn’t that sad? That little seventh grader who reveled in the importance of books and knowledge would be so disappointed in me, and she tells me so when I go back and read the pages and pages I used to write.

To be honest, I don’t know if I’ll ever write a novel (although I’ve told my creative writing professor I would love to write a sequel to Fahrenheit 451, and I mean that), and not because of my professor’s advice, but just because I’d rather read and learn and just talk about it like this. I’d be more than happy and proud to crank out and tirelessly revise just one short story that gets published for the sake of my seventh grade dream. I do know I’ll never be anything like Nicholas Sparks. I’ve spent so much time loving love stories and trying to write my own. I’m sick of that. That’s not me.

I like exploring the darker side of life (popular story topics from this semester include drug cartels, playboy bunnies, and wedding day assassins) when I write and I love word play. I fell in love with Shakespeare this past semester because he became a real guy who just really loved word play, especially sexual innuendos, and not just the eloquent playwright we all know.

Ray Bradbury’s story of how he went from a curious young boy from Illinois loitering outside Hollywood studios to an iconic fixture in literature is incredible. I’m watching Age of Adeline as I write this, and coincidentally one of the “flowers” Ellis gives “Jenny” is Dandelion Wine by Ray Bradbury. Ray is still here. He doesn’t only inspire me as a writer; he inspires me to do what I was meant to do using what I know, just like he did.

Ray and I met eight years ago, and honestly, I let him slip away aside from times I would occasionally remember Fahrenheit 451 and how real it was and proclaim it as my favorite book. I knew Ray had made an impact on American literature, which is why I found him again two semesters ago when I was assigned to write a critical essay over any book by any author. That led me to Sam Weller’s The Bradbury Chronicles, which is what I finally finished this week, and that’s how I know Ray Bradbury is why I love what I love.

I know it’s all God at work, but I like to think that Ray didn’t give up on me. Although I am in a place where I am discouraged and really just burnt out as a writer, I’ve realized that I’m only 21-years-old and I have a lot of life left to live. In the end, Ray was writing a novel from his hospital bed and then again over the phone through his youngest daughter. That’s inspiration.

And yet, as I’ve grown into the teacher that I am today, something in me tells me that it won’t be me writing as Ray did, but someday one of my students because I know Ray and I keep him alive by sharing all of the words he wrote. To date, I’ve only read Fahrenheit 451 twice and just the first few pages of Dandelion Wine, but I have three Bradbury books in the mail scheduled to arrive tomorrow.

Maybe I’m still lying. Maybe once I read more of Ray, he won’t mean as much to me. I’ve read and own all of Nicholas Sparks’s books, and they mean little to me now. But the difference between the two authors is that Nicholas Sparks is the now, and Ray is so much of the past and all of the future. There’s a difference between a good read and powerful literature, and with only one semester left of classes in my undergrad degree, I’ve learned at least that.

So Ray, if you’re reading this up in heaven (I know you’re surely not in hell because none of your books would survive and you would never let that happen), thank you. Thank you for never giving up and taking chances and fighting for what was right. Thank you for writing about what you wanted and reaching the moon. Thank you for crying every time you were moved. Thank you for unapologetically being yourself and proving that that’s exactly the way you make it in this world. Thank you for warning us all about technology before we even had it.

Ray will live forever as long as we have books, and I know that I will too, not only because of this blog or any possible future publications, but because I’m going to teach, and they say that to teach is to touch a life forever.

View all posts by jesssiroo

Let me know what the Lord is doing in your life and topics I can write about in the future to help you with your walk. 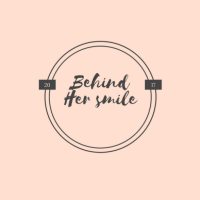 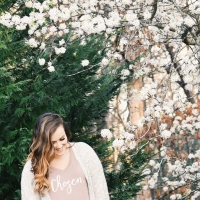 Finding Focus in the Midst of our Mess

I have no central theme, just try to write honestly about personal conviction.